Sunflower was used in Fukushima to absorb uranium from the soils around the former nuclear power plant.

BIOREMEDIATION has been defined as a process used for the treatment of contaminated materials, including water, soil, and subterranean materials by altering environmental conditions to stimulate the growth of microorganisms that will degrade targeted pollutants. It was in the early 1950s, during the Korean War, when an American research chemist, Howard Warne, was tasked with discovering the reasons for the deterioration of American military uniforms in a humid climate. He discovered a microorganism that was breaking down tissues that had previously been thought to be non-biodegradable.

Two years ago, chemists at the University of Portsmouth, UK, announced they had discovered an enzyme from waste-dwelling bacteria that fed on plastic bottles to create a mixture capable of breaking down piss bottles made of polyethylene terephthalate (PET).

In the same year, German biochemist researchers discovered a strain of bacteria that digests polyethylene and plastic, previously thought to be resistant to biodegradation.

Most plastics are produced from natural organic materials such as hydrocarbons or cellulose; thus, it is very likely that something will find a way to harness them as a power source. The very use of natural organisms to provide an environmentally friendly approach to pollutant removal ranges from petroleum and toxic metals to dynamite and chemical weapons.

Marine microbes in the attack of oil spills

Some marine microbes can digest oil and use it as an energy source. Deep in the sea, oil has been seeping from the seabed for millions of years. This has led to the growth and evolution of bacteria that feed on the oil around the vents.

I remember well the 1967 “Torrey Canyon” oil tanker disaster in West Cornwall, UK. Thousands of tonnes of crude oil leaked from the wreckage of this super tanker which broke its back on rocks near Land’s End. The oil washed up on tourist beaches within 20 miles of the wreck and local marine life, including fishing, and seabird life were seriously threatened.

The oil sank into the sand to produce a black quagmire and attempts to remove it manually were truly unsuccessful until this oil-digesting bacteria was introduced.

Within 10 years, the marine life of this beautiful coastal region had recovered.

A similar bacterium was used to clean up oil spills caused by the 1991 Gulf War off the coast of Kuwait. These were environmentally friendly ways to deal with petroleum hydrocarbon contamination.

Certain types of algae are even more effective at removing phenols than microbes, and fish waste bones have been used in the decontamination of soils full of lead. Fish bone is rich in calcium and phosphates, so when ground up and mixed with contaminated soil, the phosphates are released as the bone slowly breaks down and migrates through the soil to bind with toxic metals to create a stable crystalline material that cannot be absorbed by humans. beings.

This method has been used successfully to decontaminate lead-rich military ranges and in areas where lead has been identified.

The role of plants in bioremediation 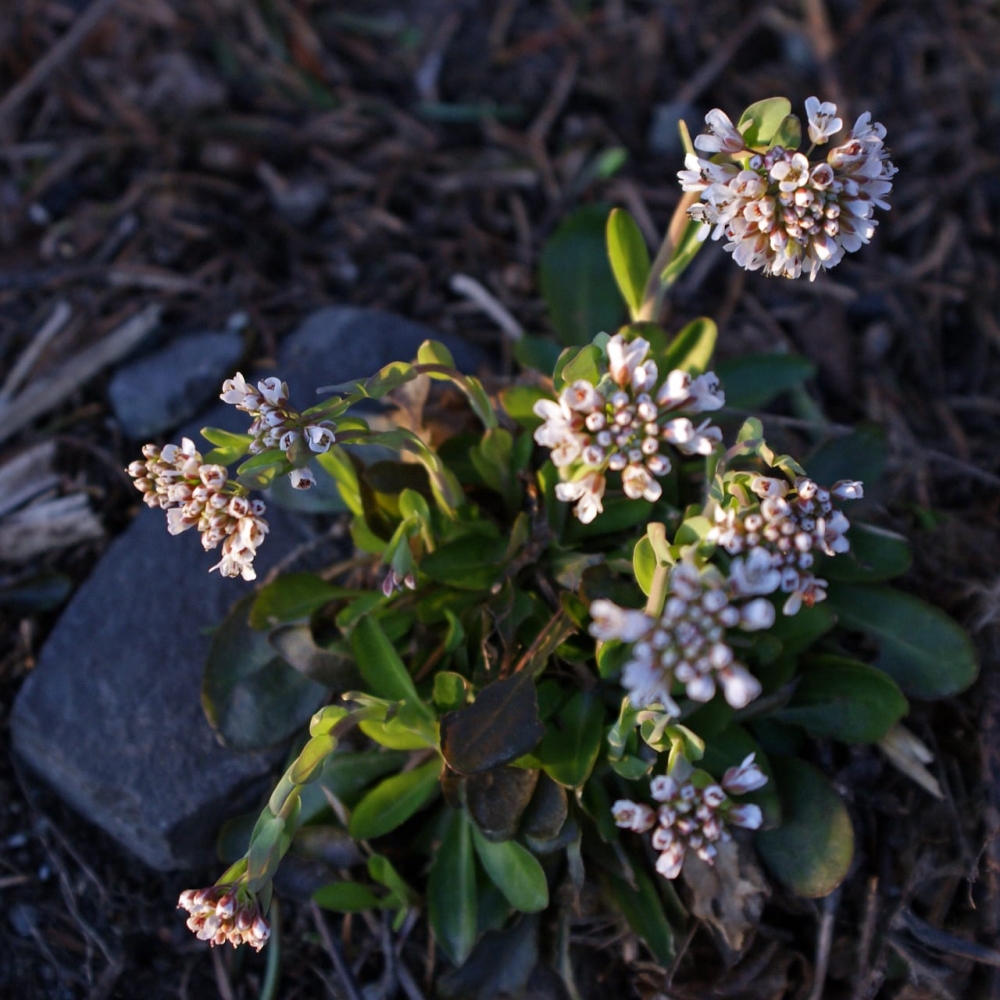 Alpine pennycress can thrive in soils rich in nickel and zinc. — Photo by Wikimedia/Randy Hausken

This particular form of bioremediation is called “phytoremediation”. Water hyacinth and duckweed are two excellent examples of plant absorbents of the toxic metals cadmium and lead. This was first observed by Russian scientists when dealing with leaks from nuclear power plants in the late 1950s.

Wild Pennycress Alpine Grass thrives on nickel-rich soils, helping metal prospectors detect deposits of this mineral in the European Alps and the Rocky Mountains in the United States!

In 2004, a multinational research paper was published highlighting the existence of over 400 plant species found worldwide in tropical and temperate regions, all of which are metal accumulators. Indian or brown mustard (Brassica x juncea) absorbed lead, sunflower absorbed uranium and bulrushes selenium.

In fact, the Japanese government has planted a large area of ​​sunflowers at the disastrous and toxic former site of the Fukushima nuclear power plant; thus, helping to remove radioactive isotopes from the soil.

It seems that the presence of metals in the stems and leaves of plants helps to protect them from diseases and insect pests. 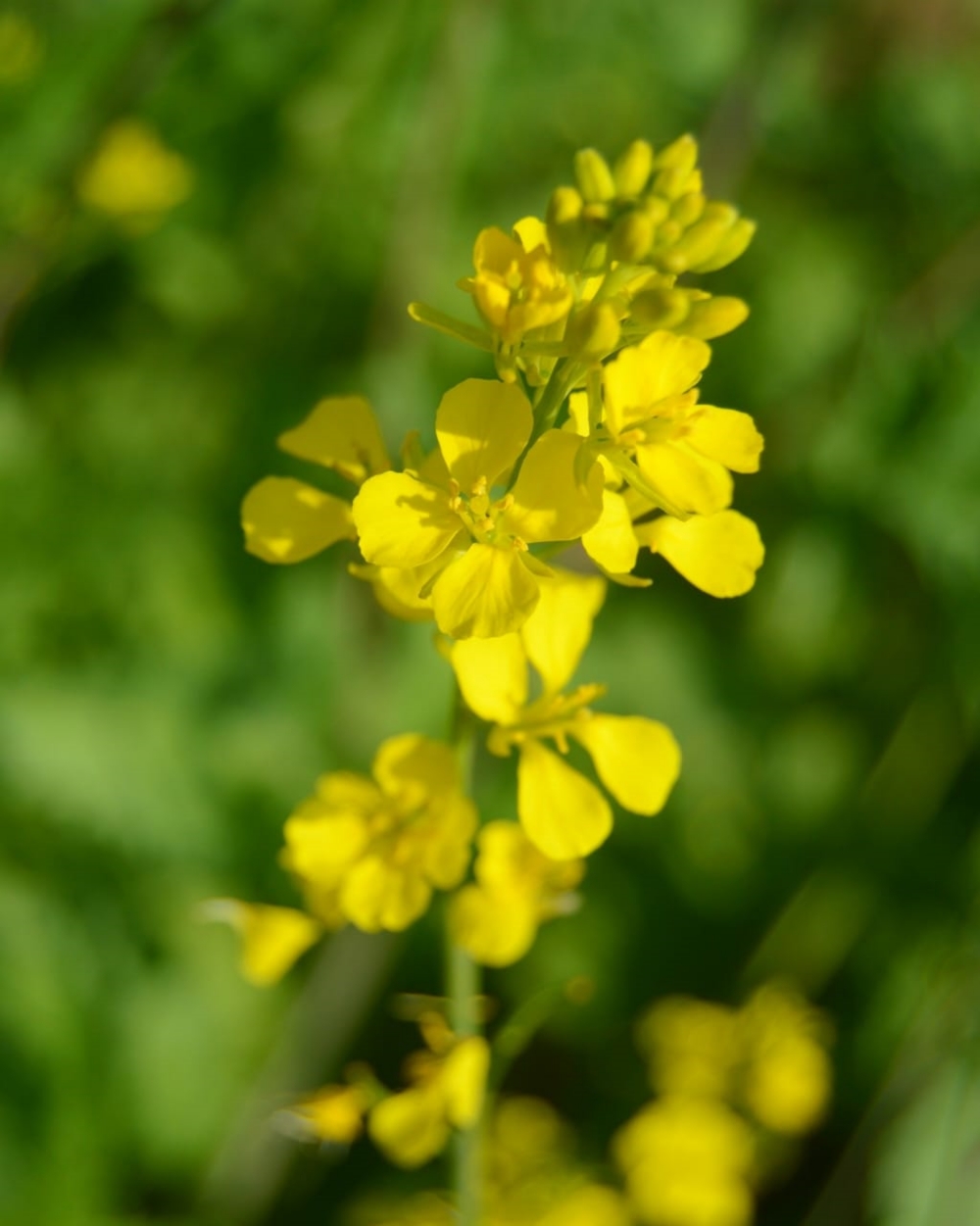 Metal-accumulating plants offer potential green compensation through a process called “phytoextraction.” This refers to the ability of specific plants to extract metals from the soil and concentrate them in harvestable parts above ground, such as stems and flowers, where they can be removed, dried, and converted into ash rich in metals.

This is also called “phyto-extraction”, where the ash from apricot grown on zinc-rich soils can yield up to 40% zinc, almost as good as high-grade ore.

Fungi can also transform environments, including breaking down pollutants including plastics, explosives, and radioactive materials. In a research study, white rot fungus was found to degrade 95% of TNT in war zone soil.

Obviously, the use of microbes and plants is an environmentally friendly method to combat a wide range of pollutants.

We just need to spend more money growing and using these natural methods to digest our plastic bottles and “eat” the toxic materials in our soils.

Perhaps we should begin by tackling the sites of devastation left by the recent war in Syria, and more recently still, the ongoing battles in Ukraine, if Europe’s breadbasket is to be restored to its former glory.

10 Free Things to Do in Hershey, PA